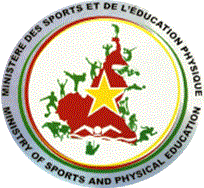 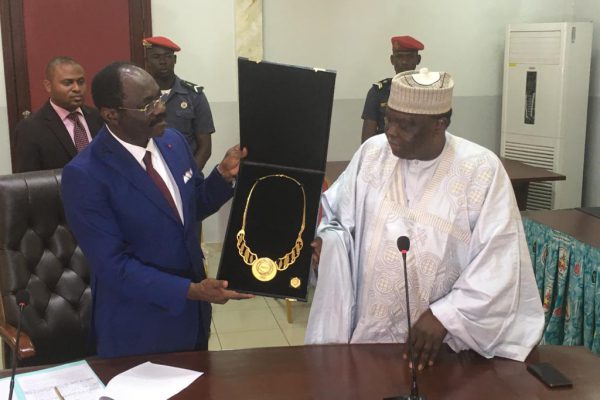 On the occasion of the General Assembly of National Olympic Committees that was held recently in Doha Qatar, the Cameroonian received from the hand of the President of the National Olympic Committee, Mr. Thomas BACH, the “ACNO Award of Merit” in honors of the personalities who have contributed in an exceptional manner to advance the Olympic values and ideals and the prestige of the International Olympic Committee. This Award was presented to the Minister of Sports and Physical Education, Prof. Narcisse MOUELLE KOMBI during a ceremony in the conference hall of MINSEP   on the 30th of October 2019. An occasion in which the President of the Cameroon National Olympic and Sports Committee expressed his gratitude to the distinguished Cameroonian authorities for the numerous support attributed to the sports movement and its actors in order to always ensure its radiance.

The Minister of Sports and Physical Education exalted the qualities of the Man of action, faith, conviction,  excellence and perseverance, whose prowess in terms of national and international sports governance remain commendable and honors our country Cameroon. This patriot, qualified by the Minister as an Indomitable Lion of sports governance is known as one of the renowned Cameroonian personalities and the most proficient in the domain of administration of international sports. In this respect, the Minister of Sports and Physical Education on behalf of the government, personnel of the Ministry of Sports and Physical Education and the entire sports movement wish a sincere and warm congratulations for this high acknowledgment of international sports instance. He urged him to continue in the same vain because the Cameroonian sports, an ordeal of national unity, vector of social coexistence and cohesion, living together, according to the wishes of the President of the Republic, must contribute at all levels to influence our country.

It should be noted that during this General Assembly in Qatar, the President of CNOSC signed a partnership convention with his counterpart from Qatar, the country that shall organize the 2022 World Cup. Through this convention, Cameroon, host of the 2021 Africa Football Nations Cup after the 2020 CHAN could benefit Qatar’s expertise in the domain of formation and detection of sports talents. 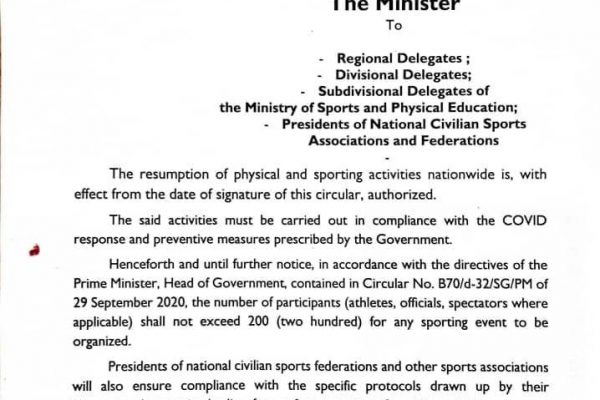 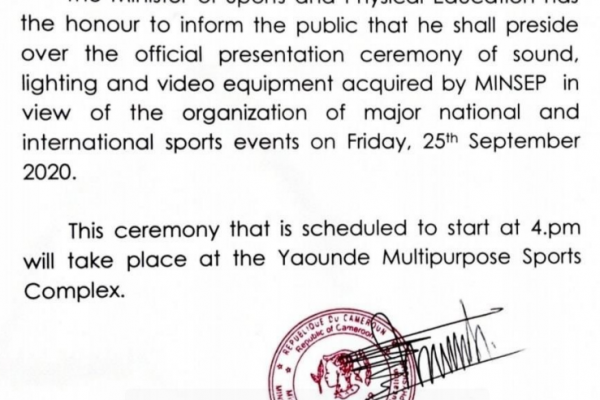 OFFICIAL PRESENTATION CEREMONY OF THE EVENT EQUIPMENT ACQUIRED BY MINSEP 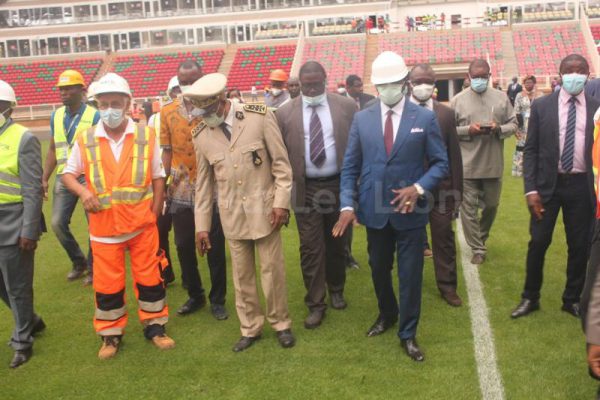